Elaine Comparone insists that playing Haydn’s works on the harpsichord stirs her “imagination to new heights.”

The harpsichordist’s upload of Haydn’s eloquent Sonata No. 52 in Eb Major ironically paralleled Reed Tetzloff’s piano performance in Moscow which introduces an aesthetic comparison or two.

Reed’s You Tube channel features the opening Allegro movement, https://youtu.be/q6l2qguKhik
while his complete sonata rendering can be replayed on Medici: Round one, XV Tchaikovsky Piano Competition. (Start at 6:30 in track: the second offering on the grid that follows his Bach selection)

Elaine’s inspired performance of the towering late Haydn sonata is worth an attentive ear to detail in anticipation of her astute comments about playing the composer’s masterpiece on the harpsichord.

“In the late 18th century the pianoforte gradually replaced the harpsichord, but the original editions of almost all of Beethoven’s keyboard sonatas up to Opus 27 (1800-1801) bear the inscription: “Pour le Clavecin ou Pianoforte” (“For the Harpsichord or Piano”). Haydn prescribes harpsichord for his solo keyboard sonatas as late as his E minor Sonata (H. XVI: 34) first published in 1784. In letters from March and April of 1789 he refers to his C Major “Clavier” Sonata (“keyboard” sonata—a generic designation) and he includes a middle movement with the title “Adagio per Clavicembalo o Piano-Forte” (“Adagio for Harpsichord or Pianoforte”).

“All this shows that harpsichords were still widely used around 1800 and that music publishers were eager to accommodate the players and owners of the older instruments as well as those of the more modern ones. Haydn’s keyboard music is stylistically interchangeable between harpsichord and piano, except for the slight proliferation of dynamic directions absent in most harpsichord music.(Modern, non-urtext editions add many more dynamic markings that Haydn’s original ones.)

“Why not merely play and record these pieces on a piano? As a harpsichordist, my major argument is that it has been done many times in the “modern” era. Why not try a fresh approach? The harpsichord has a sound with unique acoustical qualities not shared by either modern or early pianos. I do not regard “early music” as the sole property of those who play antique instruments or modern replicas. Pianists who play modern grand pianos clearly share my opinion as is evidenced by their many performances and recordings of music by Bach. But, at the same time, their performances of Mozart, Haydn and even Beethoven are farther away from the aural imaginings of these composers than harpsichord performance might be. Harpsichord sound stirs my imagination as piano sound never did. That is why I try to play whatever music lends itself to the instrument. As long as it is idiomatic, I will play it!”

After listening to Elaine and Reed’s performances, make your own judgment about what is pleasing the ear and why.

Finally, I asked Maestra Comparone why she chose to “sit this one out,” since she’s well-known for standing at the harpsichord:

“Standing at the harpsichord was a pose requiring an audience.
#1. It added to the complexity of the harpsichord move.
#2. I had four sonatas to record. Standing requires more energy. I had to save energy, not to expend it needlessly.

“Standing was useful when I played LIVE with the entire QCB (Queen’s Chamber Band). Elevating the instrument aided in projection. My colleagues preferred to stand when possible so we all liked to be on the same level.

“In a recording session, the instrument didn’t have to be elevated to be better seen or heard. The camera and recording equipment took care of that. Also, if it had been elevated, it would have been next to impossible to accomplish overhead shots of the keyboard, so we all agreed that simplicity was the key to a smooth and successful recording session.”

Original Source: Haydn on the harpsichord or piano? (Competition interlude) 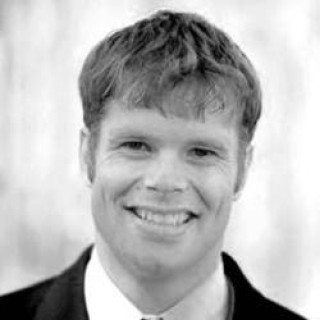 I love to play the piano and everything tech related!